Cannonball (1976) or Don Simpson why didn’t’ you sue the makers of Cannonball Run for copyright infringement?

David Carradine stars in Cannonball, also known as Carquake, a 1976 film that was one of two released in ‘76 (the other being The Gumball Rally) that were based on a real illegal cross-continent road race which took place for years in the United States.  The same theme was later copied by The Cannonball Run, Cannonball Run II and Speed Zone!  The Cannonball was directed by Paul Bartel, who, together with Don Simpson, wrote the film.  Simpson even makes a cameo, but we will get to that later.  Apparently the name of the film and the plot were inspired by Erwin G. “Cannon Ball” Baker, (1882-1960), who traveled across the USA several times and by the Cannonball Baker Sea-To-Shining-Sea Memorial Trophy Dash, an illegal cross-continent road race introduced by Brock Yates to protest the 55 MPH speed limit—a fine protest indeed.

The Trans-America Grand Prix is an illegal underground race held every year starting in Los Angeles and finishing in New York City.  Coy “Cannonball” Buckman (David Carradine) hopes to win the race and get his career back on track as he was recently released from jail serving time for killing a girl while driving drunk (we find out later someone else was driving).  “Modern Motors,” a prominent racing team, has promised a contract to either Cannonball or his nemesis Cade Redmond (Bill McKinney), whichever one of them wins.  Cannonball is still on probation when his parole officer, Linda Maxwell (Veronica Hamel), who he is having an affair with (only in the 70’s: truly outrageous), determines he will be crossing state lines in violation of his parole but instead of stopping her parolee, she is co-opted into joining the “fun.” 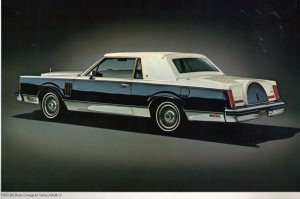 Unlike Cannonball Run and others, this race degenerates into a violent and deadly demolition derby.  The Pantera is blown-up, Beutell’s borrowed Lincoln Mark V becomes progressively more damaged as he crosses the country, while Jim and Maryann face engine trouble with the Corvette’s broken fan belt.  The rivalry between Cannonball and the increasingly-unstable Redmond gets out of control as they try to force each other off the road costing Coy his Trans Am after Redmond breaks the headlights.  Luckily, he finds some hicks who just happen to have a 1968 Ford Mustang that admire Cannonball and offer to trade cars as long as when he wins the race, he mentions their name on TV.  Coy and Redmond have their final showdown on an unfinished bridge, which Cannonball and his newly acquired Mustang successfully jump while Redmond loses control, crashes over the side and dies when the car explodes.

Bennie, meanwhile, has sent a gunman to kill the driver of the “other” red Trans Am as it is beating Coy.  He is unaware that the driver is Zippo or that Linda is now riding with him, as Coy thought it safer for her to do so since Redmond was after him.  While with Zippo, she has found out that it was Zippo who was driving the car in which the girl was killed, not Coy.  Coy took the blame because he knew the weaker Zippo would never survive in jail.

Bennie’s gunman shoots Zippo dead and the Trans Am crashes and explodes.  Linda jumps clear, but is injured.  Jim and Maryann see the wreck and pick up the comatose Linda, taking her to the hospital.  Behind them, the presence of the wrecked Trans Am on the freeway causes a multiple-car pileup.

Terry McMillan and Louisa arrive first at the finish line, but Louisa lets slip that the Blazer was flown there and he is disqualified.  The girls in the van and Coy are neck-and-neck until Sandy attempts to take a shortcut when the girls get lost and are stuck in traffic and the van crashes.  Coy arrives at the finish line and is about to stamp his timecard, making him the official winner, when he is told about Zippo and Linda’s accident and realizes Bennie caused it.  He tears up his timecard so it can’t be stamped and gives the pieces to Bennie, who is taken away by gangster Lester Marks (played by the film’s director Paul Bartel) to whom he owes all the money he bet on Coy, presumably to be killed.  Assured of his racing contract, Coy is taken to the hospital to be reunited with Linda by the team manager.  Having decided to finish the race in spite of believing they cannot win having lost so much time, Jim and Maryann are the next to arrive at the finish line.  They are surprised and overjoyed to be told they are the winners of the $100,000 first place prize.

At the hospital, Coy and Linda enjoy their reunion, while Beutell delivers the Lincoln – now completely wrecked – to its horrified owners. 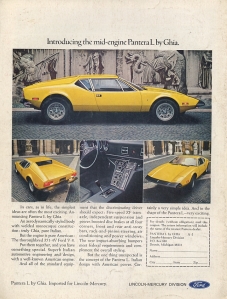 Cannonball is the movie that broke the dam and started a flood of films revolving around illegal coast to coast car races.  In fact, I am shocked that the makers of Cannonball Run were not sued for copyright infringement.

The cameos by Martin Scorsese and Sylvester Stallone (clip provided) are uncredited, while Roger Corman and Don Simpson are both listed in the credits (clip of Don Simpson as Assistant DA).  The real stars of this movie however are the cars.  The film showcases some of the most popular American and a token European (Pantera) muscle cars, ever to make their way on to the road.  My mom had a Lincoln Mark V, just like the one in the film (See the picture of the Lincoln and the clip)—it was even the same color, except that we had a white leather interior.  That Lincoln could have won a race–it had a huge motor in it and it felt like you were riding on your living room couch.  Unfortunately, they don’t make them like that anymore.  There was also a Dodge Charger, Trans Ams (must be popular because there are two of them), a Corvette, Mustangs and the Pantera–all rigged up.

Some of the highlights to look for include the massive car pileup on the interstate towards the end of the film and the exploding Detomaso Pantera.  As you can imagine there’s enough car carnage to make even the most Blues Brothers hardened fan giddy with excitement.  There is also an element of violent explosion with other drivers not even giving the accident a second glance.  I would also like to point out the outfit that Stallone is wearing while he and his cohorts are eating a bucket of KFC.  I love KFC.  It was good to see all of those great cars again, throw in some bad acting and one of my personal favorite actors David Carradine and that is a recipe for a fantastic film.  To those who say this is a “B” film my reply is simple F%$^k You.

Posted by JPFmovies on December 12, 2011 in Movie Reviews